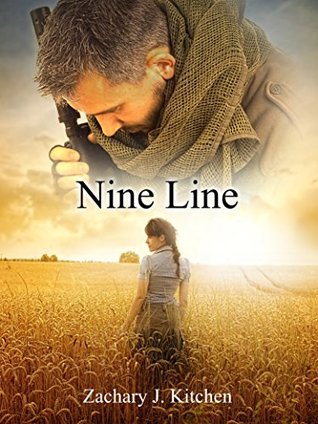 “Have no fear of robbers or murderers. They are external dangers, petty dangers. We should fear ourselves. The great dangers are within us. What threatens our souls? It is forbidden to kill. Therefore, all murderers are punished. Unless they kill in large numbers, and to the sound of trumpets.” – The manifestation of Thomas Neill Cream, from River, British television series, based on a quote from Voltaire

The muffled drum’s sad roll has beat
The soldier’s last tattoo;
No more on Life’s parade shall meet
The brave and fallen few.
On Fame’s eternal camping-ground
Their silent tents are spread,
And Glory guards, with solemn round
The bivouac of the dead. – Theodore O’Hara, American poet and soldier

There is a quote from “Nine Line” that defines the book so very well.

“No, sir. It says here that you are deceased. As of two months ago.”

The ponderous, ‘file it in triplicate, we will get back to you in a couple of years’ mentality of a war machine weighted down by politicians and paper, upper echelons more interested in raising their profiles, and climbing their ladders, than protecting those under their care. “What a fucked up way to run a war.”

Nine Line is a paean to the stupidity of war – and the great and noble sacrifices of those who fight. And a scathing, horrific acknowledgement of the horrors these young men and woman suffer in a medieval land of savagery beyond all moral comprehension. Unconscionable waste – of resources, of potential.

Nick Patterson grew up the son of a wrench monkey at the Philadelphia Naval Shipyard. A good, hardworking man, he raised a good man in Nick. A man who wants to help. To do what he can to make the world a better place. He wants to be a doctor, but a working man’s son can’t afford a good school without a bit of help. So, the Navy it is. “The Navy had covered everything: tuition, books, fees, room, and even a little bit of beer money besides.” An ER residency at SUNY, then it’s off to the wars – literally.

Life in the sandbox, a festering malignancy on the ass of the world. A land once rich with life and history, now brutally destroyed, driven to the lowest possible depths of human depravity by madness and hatred and greed. Vicious heat, sand and wind. Bombs and bullets and blood. Oh, so very, very much blood. Rivers of blood, bits and pieces of humanity, once vibrant, now simply meat. The reality of the barbarism of life in a land where savages hold no humanity, are the worst they can possibly be. Where the Dark Ages never grew into the light. Where life has no worth other than as cannon fodder. Unless, of course, you are a woman or child. Then? You are a possession. No rights. No love. No hope. Where all the goodness and love and light has been stripped away, until only hatred remains. Thousands of years of violence and death, justified by warped interpretations of religious beliefs, racial tensions, and warlords bent on controlling the few resources available by creating mountains of dead and dying. Medieval people existing in a medieval world. A medieval world filled with bombs and guns, IEDs . . .  and So. Much. Blood.

Have you noticed how we ignore it these days? We, with our smart phones and takeaway, golf games and video games, wrapped up in sheer self-interest. It’s all about us – about who gets kicked off the island, who has the newest electronics, what stupid stunt the celebrity of the moment just pulled. Petty, self-centered, and oh, so unrepentantly ‘entitled’.

“People like us don’t go off to war. That is for those people too poor to find a way out or too dumb to know any better. Uniforms are for the lower classes.”

While so many suffer – suffer and die, alone in the sand, those with the power to create change ignore the reality of lives snuffed out, lives destroyed.

Mr. Kitchen is that rarest of novelists – a man who writes from his heart about his own experiences and those of his closest companions, those who fought and died at his side. Marine. Pilot. A Navy scholarship to the Michigan School of Medicine. Then, Iraq with a Forward Resuscitative Surgical System team. This book made me laugh and cry. It made my heart pound and hurt and, at times, it lifted me up to see the utter goodness in the hearts and minds of young women and men in the worst of circumstances. It is an absolutely wonderful book, full of truth, pain, and the ultimate sacrifices made by those men and women, so young, so full of hope and life and plans, so violently snuffed out.

“There must be some kind of way out of here,
Said the joker to the thief,
“There’s too much confusion, I can’t get no relief.

Business men – they drink my wine
Plowmen dig my earth
None of them along the line
Know what any of it is worth.” – Bob Dylan & The Band, All Along the Watchtower

Read this book. You really, truly should. There is hope, even in the pain. But we must never forget. Must never take for granted the sacrifices made, the lives lost, and the political machine which keeps it all running.

“These were guys who would never laugh or get drunk or screw again. Young, healthy, and with a lot more life left, they were cut down. For what? So one asshole can take land and power from another asshole?”

Check This Out – The Night Shift On NBC – I Love It!

Lately I have been recording episodes of a show called The Night Shift that shows on NBC here in the States. Don’t know if you lovelies outside the U.S. get NBC, or the show, but if you do, I recommend this show for those of you who, like me, enjoy shows with fictional characters and interesting story lines, but very serious, very modern thought processes. Let’s face it – I rarely watch the Tube, so if I like it enough to tell you about it, I  really like it!

The show is set in San Antonio Memorial Hospital, where a group of doctors, nurses and paramedics, mostly ex-military, work to not only save their patients but to help one another through PTSD and other issues dealt with by the military, both present and ex-military, in today’s world. The show is amazing. Tonight I watched a special one that was, as always, both touching and heartbreaking. There was a previous hostage situation in the ER that cost one member of their group their life, and while they are trying to deal with that, as well as everything else, they are dealing with cases that were for me literally heartbreaking, while at the same time being absolutely uplifting.

Yes there are some personal, boy-girl things in the show, the whole romance thing, but mostly this is a lot deeper than that. And the one I watched tonight encouraged me to tell you about the show and how much I am enjoying it. Tonight (original air date the 4th) was Season Two, Episode 212 Moving On. I missed the first season, and part of the second, but I really want to see the whole thing.

The Leopard Tree by Lisa Brochu and Tim Merriman 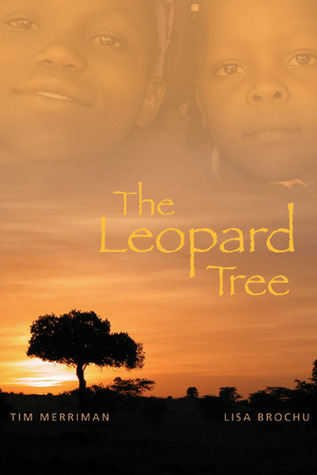 Three orphans from Kenya stow away on an airplane to embark on a desperate quest to meet the Secretary General of the United Nations in New York City and deliver a message they hope will help millions of homeless and hurting children in Africa. The Wonderful Wizard of Oz becomes their guidebook as they journey alone across the United States. The trio–one with HIV, one blind amputee, and one who hasn’t spoken for years after watching her family slaughtered–find themselves embroiled in a situation beyond their imaginations as they get close to meeting their goal.

The Leopard Tree won the Best Young Adult Fiction Award in 2008 with Writer’s Digest International Self-published Competition and a Third Place EVVY in the Fiction Division of Colorado Independent Publisher’s Awards in 2008. This book was written with the hope of raising awareness of the millions of people in Africa who suffer the effects of malnutrition,malaria, HIV/AIDS, and the unspeakable atrocities associated with armed conflicts.

Lisa Brochu and Tim Merriman have spent the last four decades helping people connect with our global natural and cultural heritage. This is their first work of adult fiction, but they have several other non-fiction books in print. Through their books and speaking engagements, they hope to help others to know more and do more about the daily challenges in meeting basic needs that face tens of millions of people in developing nations. When they are not traveling the globe, Tim and Lisa live in Fort Collins, Colorado, on a small farm where they raise much of their own food. They can be contacted by email at lbrochu57@gmail.com and timfmerriman@gmail.com.

The Fourth Of July

On this Fourth of July, let us not forget the true cost of our freedom.

People sleep peaceably in their beds at night only because rough men stand ready to do violence on their behalf. – George Orwell

I refuse to accept the view that mankind is so tragically bound to the starless midnight of racism and war that the bright daybreak of peace and brotherhood can never become a reality… I believe that unarmed truth and unconditional love will have the final word. –Martin Luther King, Jr.
The darkness drops again but now I know
That twenty centuries of stony sleep
Were vexed to nightmare by a rocking cradle,
And what rough beast, its hour come round at last,
Slouches towards Bethlehem to be born? – William Butler Yeats, The Second Coming, 1919
July 4, 2014 7