My Whacked Out Brain

Why does the man have a really ugly BUTT on his chest? 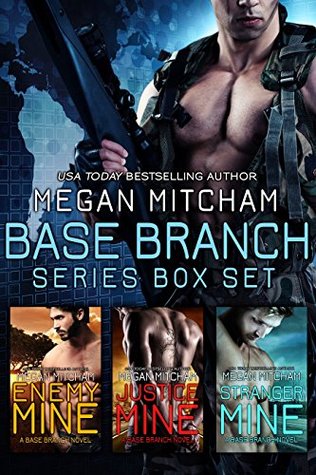 OK, sorry, but that chest is just, well, butt ass ugly! Don’t know anything about the book, or the author, but this is a perfect example of really, Really BAD cover art! ROFL!!!! I wonder if he wears a DD when he isn’t baring all for cover art? Before my surgery I was a DD, but they weren’t that weird looking! 😉

On a sad note, we had fist-sized hail yesterday. Yes, my plants took a pounding. Sigh. Good thing I had several still inside under the lights, but I lost my melons and cucumbers. Boo Hoo!

From inquisitr.com: Wynonna Earp is the new Syfy channel action-adventure show set to premiere on April 1, 2016. The show goes all in by offering a good balance of action, comedy, and horror. Between episode 1 and episode 2, it’s non-stop action in a world where nothing is predictable, and no one is perfect.

“Wynonna Earp is written and produced by Emily Andras (Lost Girl, Killjoys), and adapted from the IDW comic of the same name, created by Beau Smith. In the comic, Wynonna Earp is the great-granddaughter of gunslinging lawman Wyatt Earp. Wyatt Earp did not only fight criminals of Earth but also fought against Demons with his magical Colt.45, 12-inch barrel six shooter. Because Wynonna is the oldest Earp descendant, she is destined to follow the way of the gun. Her mission is to eradicate the hellions of the town of Purgatory before they plunge the entire world into darkness.”

Sound familiar, all you Supernatural fans?

“Back in 1835, when Halley’s Comet was overhead, the same night those men died at the Alamo, they say Samuel Colt made a gun…a special gun. He made it for a hunter — a man like us, only on horseback. The story goes he made 13 bullets. This hunter used the gun a half dozen times before he disappeared, the gun along with him. Somehow, Daniel got his hands on it. They say — they say this gun can kill anything.”

—John Winchester tells the legend of the Colt

Yeppers…. It’s Supernatural – With a GIRL 😉

What a way to spend her birthday, riding a bus through the desert. Of course it got more interesting when the bus has a flat. And a young girl gets off to pee. And, of course, it costs her her head. Yep. Welcome home, Wynnona. Seventy-seven criminals, all put down by Wyatt Earp. All coming back from hell to punish the town, and take down Wynnona.

It is on Netflix, so I can catch up on the shows. John Winchester bored me silly, but Wynnona? She has promise. But we shall see.

Travelling the World in a Bottle

I think I will ask that my ashes also are dropped into the ocean in a bottle (a really nice Single Malt Scotch Bottle!) so that I can finally see the world as well… what do you think? would you want to?

A Nova Scotia man says plans are underway to fulfil the wishes of the late Gary Robert Dupuis after the mystery man’s ashes washed up on the shores of Cape Breton inside a tequila bottle. Norman MacDonald says he was collecting trash on West Mabou Beach on Wednesday when he came across the Sauza Gold…

via Bottle found on Nova Scotia beach has a message, human ashes — and money for a drink — National Post – Top Stories

So, I Think I Settled On A Layout

Any thoughts on the new website layout? Inquiring minds want to know!

I am going to stick with this one for a month at least to see what everyone thinks, and what I think about it as well. Looking forward to your truthful comments!

What Do You Think?

I will be playing with themes to show off my new logo. Let me know what you think of each one when you get a minute? Thanks! BTW… I am going to change the type on the web add and the email. Too chunky. It is just hard to make the type the same as the type on the other side and have it stand out enough to see….. suggestions? And as Melissa, the Russian Scottish Fold, puts it:

OK, that is enough, Cailleach Bheur!! I mean it. I am getting really aggravated at your continuing hold on Winter, your refusal to move over and allow Summer to blossom is getting to be a pain in my backside. I already need the help of Airmid to bless my

gardens with healing. If she even can, at this point. You are well aware that I have already had to replant – TWICE – because you keep getting such a kick out of dumping inches of snow on the land. Now, this continuing bone chilling cold and drooly, drizzly rain is really making me crazy! And you are planning on snowing – AGAIN – later this week?!?!?! Get over it girl!!! We need some relief around here or I won’t have and tomatoes, peppers, or anything else to put up for next winter. And you know I just got those two cherry trees and the apricot. If you think I am putting them in the ground for you to kill off, you’ve got another think coming! So how about you get off your grumpy, dreary backside and let a little warmth into our lives? Thank you!

Whew. OK. Got that off my chest. As you can tell, it is miserable around here. It actually started at the end of the plant sale I was telling you about. All I had to sell were catmint and lemon balm from last year’s crop.  They spread well and are amazingly hearty, so I had plants I could dig up. My oregano came back, but it hasn’t spread enough to be sold. So, just a bit, but it was still a ton of fun and I got the trees I wanted. I have photos but the battery in my tablet is dead, so more later on that.

Blargh. My housemate made coconut dark chocolate chip muffins. I am going to have one of those and a huge mug of hot tea and catch up on my reviews, so keep an eye out, they are coming. Nothing else I am up to doing today. Well, maybe going back to bed?

I wonder – if I buy a houseboat, could I just sail it to the Carribean every winter and stay there till the weather gets warm?

Of course, all I could afford is a “Hillbilly Houseboat”…..

I have been meaning to do this for a long time – it was on my list, but I never got around to it. Too many books, too little time!

My new e-mail address is:

still works, but darn, that thing was long!

So, if you can change it in your e-mail lists, that’s good. If not? No biggy!

If you sent me an email, and I haven’t answered, Please send again.  I had over 1,000 emails this morning, and I was going cross-eyed trying to weed through it all.