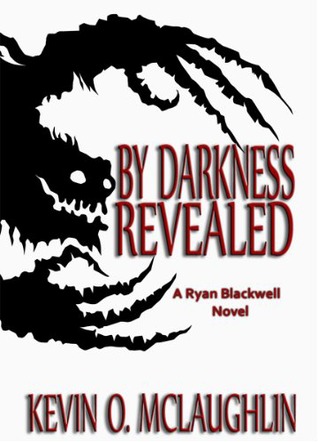 “Everyone must leave something behind when he dies, my grandfather said. A child or a book or a painting or a house or a wall built or a pair of shoes made. Or a garden planted. Something your hand touched some way so your soul has somewhere to go when you die, and when people look at that tree or that flower you planted, you’re there.” ― Ray Bradbury, Fahrenheit 451

“Child, child, do you not see? For each of us comes a time when we must be more than what we are.”
― Lloyd Alexander, The Black Cauldron

Recruit Ryan Blackwell’s father was determined that he not follow in his grandfather’s footsteps, and used his power and lawyerly clout to make sure it didn’t happen. No West Point. No Valley Forge or Citadel. Ryan would, come hell or high water, bend to his father’s will. But there wasn’t much he could do about it when Ryan was recruited to Northshield University – the same military college his grandfather attended – with a full scholarship. No, Ryan simply packed a small bag and boarded a bus.

At first, Northshield was everything he expected. Reveille at oh’ dark thirty each morning. Grueling PT, strict regulations, and screaming Drill Sergeant Upper Classmen with quick tempers and a tendency to make life on campus utterly miserable if they wished. Just what he expected, just what he wanted from his experience as an ROTC college student.

But then? Things got bad. It started simply at first. Magical motes, like tiny bits of fairy dust, dive bombing him as he ran through a creek, attempting to stay ahead off the pack of his fellow freshmen out for a grueling PT run. But then the motes attacked, and one of his fellow classmen went down. And as much as Recruit Blackwell wanted to hide who he was, and what he could do, he couldn’t let his fellow freshman drown. So, he stepped in.

His secret laid bare to two of the upperclassmen, the story begins to grow and evolve into something horrific. For something is trapped on the grounds of Northshield University. And when a twisted recruit pulls part of the darkness out of its prison below ground, people begin to die in horrific ways. And though Ryan is just a freshman with a bit of magic and no training, it seems he is the only one with any sort of knowledge that might trap the darkness back into its prison – and ascertain that the true monstrosity trapped so very long ago isn’t released upon the world.

In a lot of ways, this could have been just some YA story of a young man gaining amazing magical powers and riding in to save the day. Luckily, it turned out to be a much better book than that. Ryan knows he isn’t strong, he isn’t trained or knowledgeable. But he is ready to go all out, to give his own life if necessary, to stop what is happening. He has a good heart, a good soul, and a strong link to the strength his grandfather displayed in the Second World War. He isn’t cocky, he doesn’t suddenly gain super powers. He is just a college freshman with a bit of talent, a will to learn, and some quirky abilities he has had to learn to control in order to keep himself sane – and make sure others think he is as well. Of course, on a campus where weird things happen, and two or three students a year die under ‘unusual’ circumstances, there are those who watch out for anyone who appears who seems a bit odd, a bit like they are there for less than your bog standard military school reasons. So Ryan finds a friend or two. But when push comes to shove? Yeah. It’s all pretty much on him.

Honestly, I didn’t know what to expect from By Darkness Revealed. I just felt like something a bit magic, a bit horror, and this is the first thing that popped up on my reader that fit the bill. I dove in, and from the first page I was hooked. I added it to my collection from a ‘Freebie’ email (it is Free on Amazon) – probably because I liked the cover, to tell the truth – I certainly wouldn’t have picked it up from reading that it was a “coming of age” book – that isn’t my thing normally. But it kept me riveted from page one, so I am very glad I did. The only thing I can really fault it on is lack of backstory for Ryan – that would have helped me understand him more.