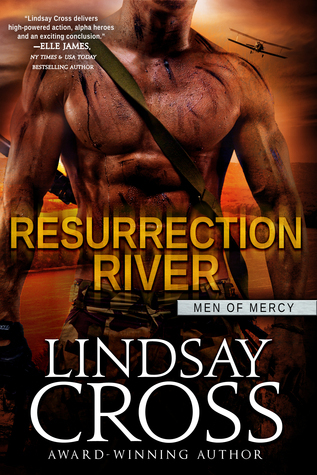 “How many women get to watch their husband murdered on live television?”

Amy did. She watched as the bloodsucking monsters, better known as “The National News,” splashed the video of her husband, on his knees at the feet of Afghan terrorists, a black bag over his head, take a bullet to the back of his head. Thanks, Army, for not even letting her know her husband was captured.

No body to bury. Nothing but pain, and emptiness, and horrific loneliness, as everyone around her makes sympathetic noises. But nobody is going to pay her bills. So, to keep her farm, and to raise the child her husband never even knew he had, she goes back to crop dusting. An ancient plane, an illegal immigrant farmhand and his son, and her daughter are the only things Amy has left. Well, and the completely vicious, psychotic mother-in-law from hell who is determined to make sure that Amy and her daughter suffer because her ‘oh-so-special’ son never came back from the war. Oh, and a whole flock of circling scavengers, better known as “the press,” camping on her lawn, determined to feed off her pain and grief.

Determined to give her child a good life, eight months later she is doing her best, keeping her ancient plane in the air on a wish and a prayer, bubble gum and baling wire. Her life is OK. But all that changes in a single day when the past rears up to punch her in the face. One of her husband’s old Army buddies is back in town. And that isn’t all – oh, no. For there is a Mexican Cartel boss sniffing around Amy, her farmhand, and his son. Suddenly, Amy and her tiny family are surrounded by danger. She needs help, but does she dare trust Ranger James and his team to protect them? Or is there no safe place to hide from the monsters in the dark?

On the surface Resurrection River is a romantic suspense novel on a level with all the other “Big strong military dude comes along to save the little woman and they all live happily ever after” novels on the market today. Let’s face it – soldiers are sexy, right? But there is a lot more here as well. Lindsay Cross’s work (this is the second in the “Men of Mercy” series) touches on troubles we are all much too familiar with. Drug cartels, warlords, women and children being sold into sex slavery, terrorism and the horrors of PTSD. It is a mad, bad, ugly world out there, and Cross weaves all these themes through her book.

We all need a light read sometimes, and ‘sexy soldier’ is a common trope, yes. But this is more than that, and I am glad it is. We get the ‘fun’ stuff. But along with it, you get a big dose of the serious as well, and that was a treat.

What killed it for me, and dropped it two whole stars, is how BADLY this book needs an Editor! The authors gives kudos to her ‘”Beta Readers” but they did a Horrible job. The book is filled with so many problems, at times I found it hard to translate what the writer was trying to say, and the whole mess was truly disappointing from that angle.