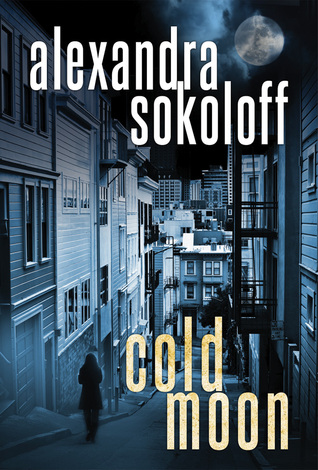 “Josephine Butler (1828-1907) writes in her journals, pamphlets and diaries of the second half of the nineteenth century about seeing thousands (yes, thousands) of little girls, some as young as four or five, in the illegal brothels of London, Paris, Brussels, and Geneva. …The children had a life expectancy of two years, yet the brothel owners, frequently women, seemed to have an unlimited supply…. ‘Clean’ children, who were free from venereal disease, commanded a high price.” ― Jennifer Worth

“. . . outright abduction of children and teens was more and more common, ever since gangs had caught on to the fact that selling kids was more lucrative than selling drugs and carried lighter criminal penalties.” – Rachel Elliott, Cold Moon

Cara Lindstrom is a legend. Victim of a horrific, borderline mythic crime of unimaginable violence. Five years old, her throat slashed, her family dead, her mind shattered. Five years old when IT came to call. The monster. The Beast. IT. Twenty-five men, women and children slaughtered. Only Cara lived.

Jailed at twelve, payback for fighting off the counselor in the group home she had been shuttled into most recently. The counselor who meant to rape her while the thirteen-year-old facility bully held her down. And now, Cara is locked up in Los Angeles County Women’s #8. Locked up, where male sexual predators dressed as guards are free to rape and torture those in their care. “Other countries prohibited the overseeing of female prisoners by male guards, but US laws put its incarcerated women in constant physical jeopardy in the name of equal opportunity employment.” Cara is jailed for the murder of a pimp who ran underage girls in the sewers of Los Angeles. Jailed, with no possibility of bail, after rescuing twenty-two young girls from a life of sexual slavery in the good old US of A. After rescuing the head FBI agent on her case from death at the hands of The Reaper, the same sadistic monster who attacked Cara and killed her family, and so many others.

Thirty-two-billion dollars a year. Two and a half million children and young girls, some as young as five, sold into sexual slavery, locked up twenty-four hours a day, servicing an average of twenty men a day. Their jailers walking free, their rapists walking free. While Cara sits in a cell.

To the girls and young women she saves, Cara is “the Eighth Archangel”, “The Santa Muerte of the Seven Powers”, “The Lady of the Shadows”. Lady Death. Patron saint of the incarcerated and the poor, those who suffer on the fringes of society, the downtrodden and hopeless, the ill and the dying. Lady Death came to Marisol, the tiny

girl locked in the belly of a cement mixer and carried with twenty-one other girls across the border, two dying en-route from abuse, hunger, dehydration. The Lady came, snatching Marisol from under the body of the trafficker who meant to rape the baby girl. . . Santa Muerte, the savior of young girls destined for brutal lives, and more brutal deaths. Their Savior – their Savior, who actually sees the monster inside the men that IT takes for Its own.

“. . . years of looking into the depths. Of a beat that hides behind the masks of ordinary faces: fathers, brothers, uncles, husbands, random men on the street . . . and the mothers and grandmother who turned a blind eye to the abuse.”

Why is Cara in jail? Because she doesn’t carry a badge.

It isn’t ‘politically correct’ to call them prostitutes any more. “Commercially sexually exploited youth.” Let’s call a spade a spade. Child victims of men with no souls, no hearts, brutal monsters who take what they want, pay their fee, and go back to their wives and children, their pretty little houses and pretty little lives. Cara means to save as many of the as she can. And Santa Muerte? Her followers gather. . .

Tortured, convoluted. Alexandra Sokoloff’s Huntress series has been both horribly painful and deeply rewarding. Huntress Moon introduced us to Cara and to her opposite number, Matt Roarke – FBI Special Agent and hunter of monsters of the human kind. Brilliantly crafted, with an almost dreamlike feel, well-written and well-researched, the first book captured me and led me straight into Blood Moon.

““You can never kill them all,” she whispered. “They keep coming back.”

Roarke still tracks Cara Lindstrom – the woman who, as a child, drew him to FBI Profiling– the woman who changed his life with the very fact of her own.

“Twenty-five girls to a block, locked in the rooms and drugged to the gills, servicing twenty-five to forty men a day, twelve hours a day, seven days a week.”

Roarke seeks “Justice” – but is it justice, truly, to capture Santa Muerte?

This third installment is just as painful, just as mind-blowing, just as fulfilling, as each of the previous books. If you haven’t read the first two – DO. Your life will never be the same. Then? Go out and do something about it.

“There are moments when even to the sober eye of reason, the world of our sad humanity may assume the semblance of Hell.” ― Edgar Allan Poe

I received Cold Moon from the publisher in exchange for a realistic review. All thoughts are my own. This series is, in a word, amazing.

If you enjoyed my review, I would appreciate a “Like” for my Amazon review. It helps draw attention to my reviews, which helps the authors whom I review. Thank you!

Alexandra Sokoloff is the Thriller Award-winning and Bram Stoker, Anthony, and Black Quill Award-nominated author of the supernatural thrillers THE HARROWING, THE PRICE, THE UNSEEN, BOOK OF SHADOWS, THE SHIFTERS, and THE SPACE BETWEEN, and the Thriller Award-nominated, Amazon bestselling Huntress/FBI series (HUNTRESS MOON, BLOOD MOON, COLD MOON). The New York Times Book Review called her a “daughter of Mary Shelley,” and her books “Some of the most original and freshly unnerving work in the genre.”

As a screenwriter she has sold original horror and thriller scripts and adapted novels for numerous Hollywood studios. She has also written two non-fiction workbooks: SCREENWRITING TRICKS FOR AUTHORS and WRITING LOVE, based on her internationally acclaimed workshops and blog (www.ScreenwritingTricks.com), and has served on the Board of Directors of the WGA, west and the Board of the Mystery Writers of America.