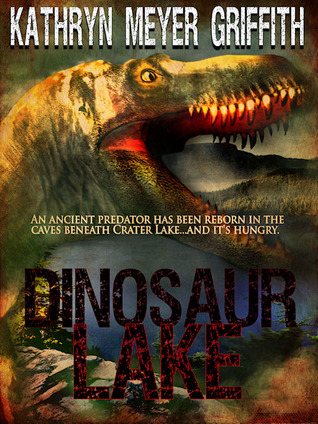 Neoglyphea neocaledonica (Jurassic Shrimp) belongs to an ancient group of crustaceans that were “well known from the Jurassic and Cretaceous periods [roughly 200 to 65 million years ago] and were supposed to be extinct.” – Bertrand Richer de Forges, marine biologist, speaking on new finds at crushing depths off the Australian coast

“Of all the reptiles alive today, crocodiles and alligators may be the least changed from their prehistoric ancestors of the late Cretaceous period, over 65 million years ago — Raresource

So many things we do not know, have not seen, and yet, they share the planet with us. Quiet, invisible, they exist below the radar of humanity. But recently, many have been added to the species listings – most, unhappily, hitting the list as Endangered and nearing Extinction. Ah, humanity! With our poisons and hunting, destroying all that we touch.

From the deep sea Dendrogramma, which literally do not fit within any existing species groupings, to two new monkeys – turtles and dolphins and even huge trees, Oh My!, there are oddities out there.

But nothing (well, so far!) as odd as what appears in Crater Lake. Beautiful Crater Lake, the remains of a volcano called Mount Mazana, some seven thousand years ago the mountain exploded, magmas and ash, cinder and pumice spewing out, leaving not only the gorgeous caldera filled by the lake, but lava tubes, caves, small islands in the lake, and some of the most beautiful lands in North America. And maybe, something more.

Henry Shore is Chief Park Ranger for Crater Lake – but the paperwork and politics often finds him out on the caldera rim, leading tours, rather than playing desk jockey. He is out there when yet another earthquake strikes. It is mild above ground, but when Henry leads his visitor group down the trail toward the lodge and RV campgrounds, he comes across something entirely unexpected. An uplift has opened up a dinosaur graveyard. This is devastating news for the park, as Henry expects a monstrous influx of people, fences, paleontologists and others digging up his park and destroying the serene beauty of the land. And when a staff paleontologist from the John Day Fossil Beds, Dr. Justin Maltin, shows up the next day in response to Henry’s call, there is even more bad news. First, the bones in the upheaval are nothing like he has ever seen before. Older, probably much older, than the Triassic period, 231.4 million years ago. The uproar will be even worse, and more destructive to the park, than Henry had feared. But what could be even worse? The quake was bad. And located directly under Crater Lake. The water is heating. The chance of a destructive quake rises. And it may not be just Yellowstone that is in danger of a massive eruption.

Then, there are the deep, massive footprints that are showing up at the water’s edge. At first Henry doesn’t believe Ranger George Redcrow’s stories of the carcasses of savaged animals on Wizard Island. Surely it is just a bear doing the damage. When Justin points out another trail of unrecognizable, huge footprints leading into the water the next evening, surely it is bad lighting, water, anything other than something new. Unusual. And dangerous. Is Nessie, the Loch Ness monster the only one of her kind in existence? Or is there something new, something much, much more dangerous, living in Crater Lake?

But soon, Henry can’t ignore what is happening. And what destroys the park may be worse than a bunch of paleontologists and lookey-loos digging up the park.

We are pretty much all familiar with Jurassic Park these days – whether in book or cinema form. Dinosaur Lake isn’t that. No mad scientist labs, no greedy developers. Instead, we get something just as much fun, just in a different way. One of the things I loved about the book is how well Ms. Griffith describes the beauty of Crater Lake State Park, its history and the kind of people who call it home. The writing is good, the story creatively fantastical, and a fun read. If you are looking for something to relax with that will give you a bit of fun, give it a try. I found it a nice little read. There are a couple more of these, it is a series. 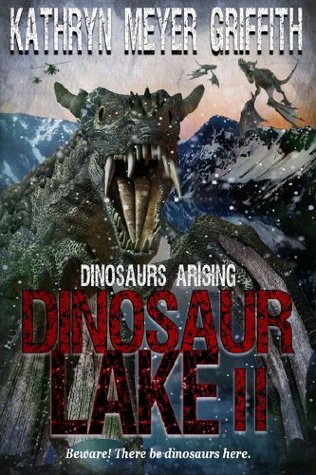 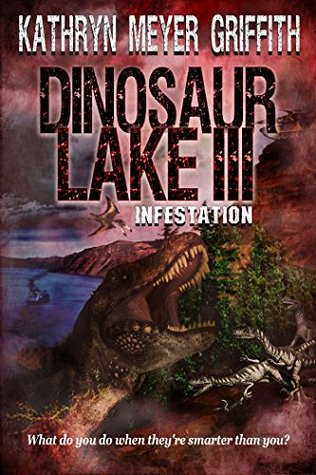