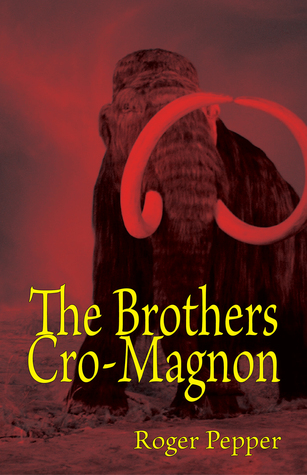 “We’re all clay, created by evolution and molded by life on Earth.” – Dr. Stu Uhlig, The Brothers Cro-Magnon

“The tissue cut clearly shows blood vessels with strong walls. Inside the vessels there is haemolysed blood, where for the first time we have found erythrocytes. Muscle and adipose tissues are well preserved. We have also obtained very well visualised migrating cells of the lymphoid tissue, which is another great discovery. The upper part of the carcass has been eaten by animals, yet the lower part with the legs and, astonishingly, the trunk are very well preserved.” – Viktoria Egorova, chief of the Research and Clinical Diagnostic Laboratory of the Medical Clinic of North-Eastern Federal University

She was thrown away like trash. A simple Neanderthal woman, she was gang raped – probably by the new dominant species to come along, the Cro-Magnon. Modern man’s predecessor – and just as vicious. They finished with her, then they threw her into a crevasse where she died and froze, the sperm of her rapists frozen on her thighs. We can’t, of course, know what her name was, or if she even had one. So they called her Galine – God Has Redeemed. Her rape, her cold and lonely death, were not the last of the indignities heaped upon her. No. Bureaucracy had the dubious pleasure of heaping ignominy upon her poor corpse. They burned her. Ah well, maybe that is for the best. To be placed in a glass case and stared at by the ignorant and unwashed would perhaps have been even worse. But the last, the worst humiliation of all?

Some of the sperm is alive. It is viable.

And it has been used for insemination.

What could possibly go wrong?

Now Catherine “Corky” Mason is in Khatanga, right up near the North Pole. Quite a change from her last ten year posting in the Middle East. Which is worse? Heat exhaustion and sand in your panties, or freezing the skin off your body in 90 below with a stiff wind? Seeing as how her luggage is lost in Moscow, well, you get the picture.

In Khatanga at the urging of her editor at the New York Herald, Corky is theoretically on

vacation, but she is also there to write a story about the cloning of a perfect mammoth specimen retrieved from the Siberian ice. The actual request came from a “crazy” Russian paleontologist named Zuyev. A man who has an unhealthy interest in Corky – an interest that soon turns deadly. For Zuyev is convinced that Corky is the only sister of four very special brothers; Cro-Magnon brothers, born from the sperm of Galine’s rapists. Brothers who have a lot in common with their sadistic sperm donors. The hubris of man, the reach for glory, for fame, for ones name to carry through the centuries. But to what effect?

The Brothers Cro-Magnon  has its plusses and minuses. I was absolutely captivated by the concepts of the story. The work on the Vindija-80 (Vi-80) sample led to the first viable steps in unraveling Neanderthal genomics. Today, the Neanderthal genome is “an abstract string of billions of DNA letters stored in computer databases”. But that doesn’t mean that it will stay that way. As for the mammoth cloning? In May of 2013 scientists from the Siberian Northeastern Federal University unearthed an absolutely amazing find. On Maly Lyakhovsky Island they found the corpse of a mammoth in the permafrost. A

corpse which, “During excavations, the carcass oozed a dark red liquid that may have been fresh mammoth blood. In fact, the mammoth meat was reportedly fresh enough that one of the scientists took a bite of it.” The female mammoth, nicknamed Buttercup, lived about 40,000 years ago. And she was so well preserved, she actually bled.

So, Roger Pepper has his science pat, though a bit ahead of its time. What bothered me, what always bothers me, is the rough, very rough, editorial work. It would have been much better if the prose was tightened up, and especially if the continuity, logic and flow were handled by a good editor. It was frustrating and dragged me out of the story more than I like. Otherwise? A solid entry into the pseudoscientific. A worthwhile read for anyone who finds the subject matter interesting. 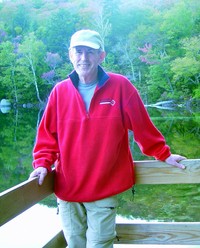 Roger Pepper is the author of three novels, The Brothers Cro-Magnon, When Ice Ran Red and Davide, which are listed on Goodreads, and can be viewed on: https://www.youtube.com/watch?v=dDkXV…

Now a mainstream author, he withdrew from a successful career in science to follow his lifelong ambition of becoming a novelist. An Associate of the British Institution of Metallurgists, Roger went to postgraduate school at Manchester University in the United Kingdom, where he was awarded his Ph.D.

Roger is the coauthor of a patent on the development of the metal composite material used for the antenna of the Hubble Space Telescope. He began writing in his spare time while serving as the Director of Research of an Aerospace Materials Company in the United States.

His memoir, My Father The Viking, won 3rd Prize in the 2006 Linda Joy Myers Memoir Competition of the National League of American Pen Women, a competition open to published and unpublished works. He received an Honorable Mention for an earlier version of the first 50 pages of the The Brothers Cro-Magnon from a contest run by the Speculative Literature Foundation.

Roger is a member of the Maine Writers and Publishers Alliance and the New Hampshire Writers Project. He is a co-organizer of the Portland Writers Group (350 members), and the host of their monthly evening writing workshops. Tess Gerritsen acknowledged him in her bestselling medical thriller, Harvest, for providing research materials.

With friends from the Appalachian Mountain Club, Roger hiked in the Austrian and Italian

Alps, traveled in France and Israel, and trekked in the Kangchenjunga and Annapurna Himalayan regions of Nepal, the Tien Shan [mountains/Mountains] of the Central Asian republics of Kazakhstan, Kyrgyzstan, and Russia.

He now writes full time and lives in Maine.

2 thoughts on “Review: The Brothers Cro-Magnon by Roger Pepper”