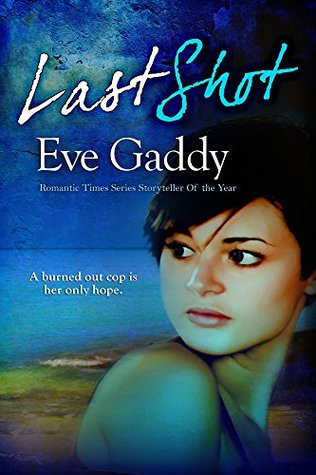 “My mother detested me. Don’t try to tell me she didn’t. She did. Ask anyone who lived here when she was alive. She wasn’t shy about bad-mouthing me.” – Della Rose, Last Shot

This is what starts it, for the hated child. From this point, no love, no safety, no hope. No loving hugs or kisses for skinned knees. No warm meals or being tucked in at night with a song or a story. This is what starts it. The night terrors, the strange men creeping into your room in the middle of the night when mom is too drunk to notice – and if she is awake, blames you for her scummy boyfriends advances – no matter that you are only six, or nine, or twelve . . . This is what starts the pain, the terror, the loneliness. The choices that must be made, in order to survive. And survival sometimes means doing things, suffering things, which are unimaginable to “normals”.

This was Della’s life. Hated, abused, and made to suffer unimaginable

things – things that led to even more unimaginable things. Life has been brutally hard for Della from the time she was born. But now, life is finally stabilized. Oh, she and her daughter Allie aren’t rich, not by any means, but Della’s job as a waitress at the Last Shot Bar and Grill, working for Charlie, her good friend and supporter, cranky old good-hearted man that he is, keeps Allie in clothes and food and a roof over their heads, and her friendship with Mary Lou means that there is always someone home when Allie gets home from school. Life is calm, stable, and more than Della has ever had.

Then, in one night, and a blaze of gunfire and death, everything changes – and Della, Allie and Mary Lou’s life will never be the same. With Charlie dead, and one terrible thing after the other happening, they are all in danger from unseen forces who are apparently searching for something valuable – something they think Charlie had – and that they think Della now has access to. And they are willing to kill to get it.

suspense novels has been canting towards the “Oh, save me, Big Handsome Man! Save poor pitiful me!” mentality. Ugh. Women are no longer the swooning Victorian era victims they once were, and contemporary literature should reflect that. “Last Shot” restores some of my hope for the possibilities of strong women characters.

Della is NOT a victim. Far from it. Instead, after all that has happened to her, all the horrors, all the pain, she comes across as strong and self-sufficient – almost to a fault. She takes nothing from anyone, making her own way, taking care of her daughter. And she certainly HATES cops… for very, very good reasons. So imagine her surprise when she finds herself attracted to Nick, the visitor to their small town of Freedom, Texas. Someone she pegged as a cop the minute he walked in the door. Della hates men, is terrified of them – but cops are on the very top of her list of “kill them all and sort it out never”. But Nick? Well, Della feels things she has never felt before. And that oddity has her off-balance, frightened, and terribly confused. Why can’t she take her eyes off of him? And why, when she despises the touch of a man, is she so fascinated with this one? A hated cop?

Nick has his own issues. Issues which leave him screaming up out of sleep, reliving the horrors of his last case – a case that may have broken him for good as a detective. Can these two discover what the murderers were looking for, find out why Charlie was murdered before their eyes? It doesn’t help that Police Chief Brumford Hayes is everything that Della expects him to be – dirty. And Officer Kingston Knight is definitely “off”. Are they involved in what is going on, or are they just despicable?

Eve Gaddy has done spectacular research for this novel. I honestly wondered if she had been subjected to the things that Della was in her childhood, in her life. Apparently not – she is simply that good at doing the research and writing realistically about what a person who has suffered what Della has goes through – how she handles herself and others. Having been through a lot of what Della has, I found Eve’s portrayal of the mindset to be spot-on. I completely identified with Della. Even the part that apparently irritated a one-star reviewer. The first time I was actually attracted to a man as an adult, I was, literally, fascinated. How could this happen? Why? I had never felt attracted to “any” man! It was as if I had lost my mind… all I could think about was what his skin would feel like. I wanted to touch. How did THAT happen? I was, in a word, obsessed. This obsession is shown here as well, so I guess I wasn’t as perverted as I thought I was at the time. All I can think is that ‘one-star reviewer’ has had no experience with, or friends who, have gone through anything like what Della has. The vituperation rained on Ms. Gaddy’s head is unwarranted – but lack of knowledge in this case is based upon valid arguments, even if they don’t apply in this particular scenario. I never carried out my own “lust” for that fascinating guy – which makes Della a great deal braver than I am. Removing oneself from the wasteland of pain, fear and asexuality isn’t something that everyone can do. I wish I had been as brave.

Overall? I loved this book. It is well researched, well written, and touches on issues that, even today, are not addressed nearly enough. Issues of poverty, drug and alcohol abuse, child abuse, dirty cops, and a system that betrays the most fragile and helpless amongst us. It is going on my “Keeper” shelf, and I will be adding Eve Gaddy to my “Must Read” shelf.

WARNING: There are remembrances of rape and child abuse in this book. If you can’t read these sorts of things, please take note.

I received this book from the publisher in return for a realistic review. All thoughts are my own. Highly recommended.

One thought on “Review: Last Shot by Eve Gaddy”